It’s now 18 months since we changed the intake criteria for our Pregnancy Outreach Workers Service (POWS). We thought it would be interesting to show you how the POWS service looks now, on an average day.

What changed 18 months ago?

Some of our POWs, past and present, pictured in 2014

In Spring 2015, the way POWS was funded changed, which meant we had to make some changes to the service and the way we work.

One big, positive change was that we could start accepting referrals from across the city, rather than being restricted by postcode.

But at the same time, our intake criteria changed. Rather than working with everyone who was referred, we began to focus on the most complex, vulnerable clients. Each referral is now assessed prior to being assigned a POW, and those with fewer risks are instead signposted to other agencies, including our own Befrienders.

The principles are still the same, however. While other services are there for baby, POWs are there primarily for mum. The support is client-led – we decide with them what they need, then help them to prioritise and tackle the issues they’re facing in a methodical way. We offer a listening ear as well as practical support, and we help them to access every bit of assistance that is available to them.

On any given day, up to 10 of our POWs are out and about. The number of visits they make varies, as some need to be longer than others and the distance can vary. In some situations a chat on the phone, or a text can be as useful as a face-to-face meeting. POWs then also need to fit in time to complete paperwork, make chase-up phonecalls and discuss issues with colleagues.

On 27th July this year – a very normal Wednesday – 15 visits took place. We’ve picked out a few of them to give you an idea of an average day.

Kelly’s notes from the visit say:

“This is Sadia’s second violent relationship. Her ex turns up uninvited, plays mind games and tries to scare her. He wants to be registered on the birth certificate. We talked about organisations who could help and did the usual first appointment check to see if she’s applied for maternity grants.”

“We spoke about how I’m feeling at the moment due to having problems with my ex.”

Sarah’s notes from the visit say:

“A difficult visit. Following some things that Sophie told me last time I was worried I had to make a referral to social services. Today was about explaining why. Sophie was upset and angry at the start but then seemed to understand why this had to happen and that it was about getting her the support she needs. She is often confused and she’s also been self harming.”

“We just talked and talked!” 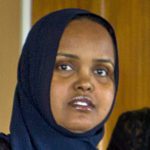 Suad’s notes from the visit say:

“Took the supporting letter for Sure Start grant. Munira lost the first application so she’s doing it again. Social services are unhappy about how little support Munira is getting from her partner, they need to see he will share parenting otherwise it could be too much for her on her own. They’re also unhappy about her living accommodation as it’s unsanitary and unsuitable for a baby. I talked with her again about the actions she needs to take, and I took her some items from the Gateway baby bank.”

“Suad gave me a supporting letter for the grant application as I need to do another one. We went to a charity shop to buy a mattress and talked about the next child protection meeting.”

Miriam was previously seconded to the council as a Temporary Accommodation support worker, so she often takes on clients who need housing help. On this day, she made her fifth visit to Annette, who is living in south Birmingham and was referred to the service with the following risks: she meets the vulnerable adult criteria and safeguarded (unborn) child, temporary accommodation, social isolation and smoking. On the way to see Annette, Miriam dropped off a food parcel for a family she’s supporting with no recourse to public funds.

Miriam’s notes from the visit say:

“Annette is now in a hostel, but some problems as there have been complaints about noise and unpaid rent. I’m working hard to help her see that she needs to keep to the rules so she can stay. Baby will be arriving soon.”

“You went with me to my appointment to discuss my accommodation and you’ve said you will help me move rooms. You also spoke to my support worker about the service charges at the hostel.”