Brexit and the third sector 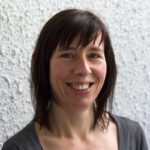 The country is in shock and coming to terms with what for many was a surprising result.

We often say, as an organisation, that we help people to build their resilience. But I must admit I feel like I’ve lost a bit of my own resilience this week.

I think what has been difficult for me to come to terms with is the feeling that Brexit is so at odds with the third sector ethos. Organisations like ours – the charities, voluntary groups, community groups and co-operatives – are all about coming together to do the best thing for everyone.

I’m still relatively new to the third sector in Birmingham, but I’ve noticed a much greater “coming together” over the last few years (albeit significantly thanks to the diminishing public purse). Ten years ago, organisations in the voluntary sector could work independently, duplicating services, saying “no-one knows what we do as well as we do”, but now we’re more questioning of the way we operate. The need is greater than ever, but we’ve learned to work together to try and address that need. We try to share resources and as a sector we provide a more cost-effective, joined-up service.

But the Leave vote feels like it takes us back to the bad old days. Brexit says, “we’re better off on our own; we don’t need friends”.

Of course, the reality is that we do need each other, and hopefully, as a sector, our response will reflect that.

I’d feel a fraud saying “everything’s going to be OK” – after all, the jury’s out on what’s going to happen next – but I have been heartened to read third sector commentary like this blog post from Stuart Etherington, and to hear about new initiatives like Birmingham’s own Love Your Neighbour campaign, which was launched today. I agree with the sentiments I’m hearing: that the most constructive thing we can do is to come together to provide reassurance to the people we work with.

As an organisation, we are used to a rapidly changing environment, so we will continue to work in the way we always have: quickly responding to crisis, dispelling myths and building people’s capacity. But I do feel that reassurance is going to be more important than ever in the coming months and years. Our Pregnancy Outreach Workers Service works with recently-arrived communities, who may face increased hostility now. Many of the people we work with already feel isolated, and I fear that the fallout from Brexit will mean even more people feeling even more isolated. As an organisation we will need to be even more aware of this and work closely with other organisations to provide that positive voice.

From a funding point of view, I suppose we are lucky in one way – none of the work we do is currently funded by the EU – but Brexit will close some doors. We had been looking at social funding for some work around employability – helping people who are a long way from finding work to become more employable is the sort of service our organisation was founded to do – but now we don’t know what the future holds for this work, or indeed the work of many other organisations across the region.

What’s clear is that the uncertainty, and the strain this causes, will stretch everyone more.

I hope that as a sector, we can all step up to this challenge – after all, we see inequality on a daily basis, so we know what to do. Let’s continue working as we have been: together. Let’s combat the feelings of division. Let’s work to reassure people, to offer positive encounters for our communities, and to cherish the good things.