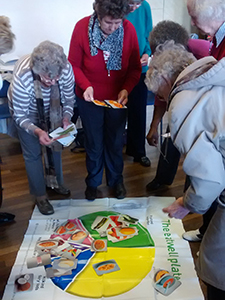 Earlier this week, 26 residents from the Northfield, Bournville, Weoley Castle and Bartley Green areas took part in an interactive Cooking Mentor programme called “How to cook healthy food on a budget” the second one run in the last few weeks – the first delivered to a group of clients with mild learning disabilities.

The project, led by Gateway Health Trainer Keiran Mckenzie, was made up of two workshops spread across a week and was developed collaboratively with the St David’s church, an over 50s exercise group and Gateway’s health volunteers, with the support of Shenley Green surgery.

Each workshop was designed not only for the residents to take part in making and tasting food, but also to provide a forum where they could share their own ideas and learn from each other. Glenn Rodgers, one of the Health Trainer presenters said, “I thought it was good how they were talking together whilst making the food, and learning from each other”. 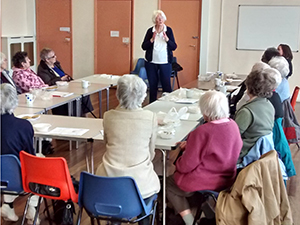 Members of the group were aged between 65 and 85 with a high number of participants having long-term conditions. In an effort to tailor the support to this client group, the Health Trainers invited an over 50s exercise-group instructor to talk about the relationship between exercise and food. She explained the importance of maintaining a healthy weight and of doing some moderate exercise.

The planned activities and discussion facilitated by the Health Trainers provided a great way to convey the key government health messages on fats, sugars, salt, and physical activity. And each participant was able to take away practical resources on their health condition as well as NHS Food Net recipes of their choice. 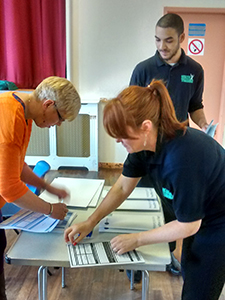 Two Health Trainers, a Health Promotion Champion and three health volunteers worked together to deliver the first session. Keiran said, “running group sessions can be challenging because you’re trying to cater for everyone’s immediate and long term needs, but there are lots of ways to help, like providing time slots within your session where people can receive individualised support.”

A number of Gateway staff have been trained by the Community Healthcare Trust as Cooking Mentors since last year. We’ve done this in response to a couple of issues: we were giving away a larger number of food parcels, but finding that people were either not able to cook very well with the ingredients, or had limited cooking facilities (eg only having hobs or microwaves, rather than ovens); and we were hearing more and more clients reporting that they are struggling to eat healthily due to finances. 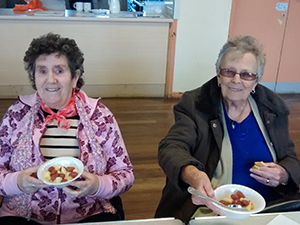 At the end of Tuesday’s “healthy food on a budget” programme, one of the participants said, “it’s been useful, because I tend not to cook any more now that I’m older”. Along with other participants, she received resources and tools to help her in the specific areas she felt she needed to improve on.

Keiran says, “Overall I think it was well received. In a time of austerity, when people are afraid they will not have enough money, it is good to see that people are still prioritising their health and searching for smarter ways to eat well and stay healthy”.