Over the last year, we’ve started encouraging people to use a digital app to stay in touch after their health and wellbeing courses end. 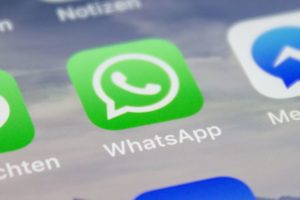 Because so many people on our 12 week Lighten Up For Life course were telling us they wanted to keep in contact with each other, we decided to make it part of the process. Now, when the 12 weeks are up, if people are interested, we help them to create a group chat, using the popular messaging service WhatsApp.

We’ve found that this doesn’t just help people to sustain the behavioural changes they’ve made over the time they’ve been doing the course – there’s also an important social aspect. Lots of people told us they enjoyed the social side of the meetings, including some who said this was the only social interaction they’d had in a while, so WhatsApp helps people to develop and extend these social relationships. It also allows us to extend the intervention for slightly longer, and to wind down support rather than ending it abruptly when the 12 weeks are up.

Health and Wellbeing Facilitator Beckie says, “we now have groups from courses we’ve run at Bosworth and Crabtree Hall using WhatsApp. They use it to inform each other of their progress, any issues they’ve had, recipe ideas, and generally to see how each other are and share ideas.”

It also seems to increase the likelihood of people doing further healthy activities. We think this is because they now have an ongoing peer support group based around a common interest. 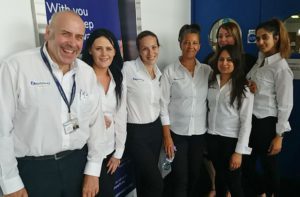 Beckie (pictured second from left) says, “five people who were on a course together at Bosworth have now joined a local ‘sitting yoga’ exercise group – none of them were doing an activity before but now they all attend this together. Another lady who attended one of our first 12 week courses has now set up a healthy eating and meditation group of her own. She said she wouldn’t have had the confidence or knowledge to do something like this if it hadn’t been for our group.”

Like everything we do at Gateway, this initiative came from – and has been led by – the people we work with. Course participants told us they wanted to keep in touch, so we helped them to make it happen. We decided on WhatsApp because many people already use it and if they don’t, it’s free to set up and simple to use. Our Health and Wellbeing Facilitators help people to install the app on their phones, then stay in the WhatsApp group for a short time after the course has ended, answering questions and giving encouragement. Eventually, we phase out our input and the group continues on its own.

Out of interest, we have found WhatsApp groups to be more successful and longer-lasting than Facebook groups. This is reflected in this study from 2015, which found that WhatsApp groups successfully helped people who were trying to stop smoking. Researchers theorised that Whatsapp has fewer distractions than Facebook, and that digital interventions like this work better when people can only use it on their phones.

Having seen the benefits, we are now expanding the idea, and staff in all our services that have a social aspect – including Five Ways to Wellbeing courses, the Maternity Voices Partnership, Patient Health Forums, and Peer Educators – now give people the option of joining a group chat if they want to.