To celebrate the first Social Prescribing Day, we wanted to share a recent story from Healthy Futures, our social prescribing service.

Social Prescribing Day aims to highlight the importance and significance of social prescribing within healthcare. Created by the Social Prescribing Network, a collaboration of doctors, colleges and the NHS, it’s a chance for services like ours to share stories about a way of working that has become a social movement.

In just over two years, our Healthy Futures “Wellbeing Navigators” have worked with over 200 people in Birmingham to support them with social and other non-medical issues. People are usually referred into the service by their GP, and then we work with them to provide a range of tailored interventions.

Those interventions might be as simple as a cup of tea and a chat, or — more often — help applying for the benefits people are entitled to, help bidding for social housing, understanding and filling in forms, calling the utilities to sort out bills, travelling with people to appointments, finding social groups people might enjoy (and going with them, if needed), and signposting to other organisations and agencies. Sometimes, as Alia’s story below illustrates, our staff are the only support workers available to listen at a time of crisis.

How Ralph helped Alia and her son to put down roots 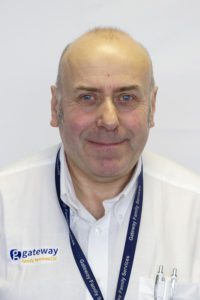 When Wellbeing Navigator Ralph first met Alia* last summer, she and her young disabled son were living in a homeless centre after moving away from her abusive partner. Socially, they were very isolated, with no local family and few friends. Alia cared for her son 24/7 with very little respite, and told Ralph she was suffering from depression and anxiety.

Alia’s risks were recorded as:

Alia told Ralph she was looking for social activities so that she and her son, nearly two, could make some friends – important not just for her, but for her son’s development. And of course, she was keen to move out of the homeless centre. With support from Shelter, she had applied to move into social housing and was waiting for a decision.

Ralph was in the office one evening when he received a frantic call from Alia: her housing application had been rejected. Extremely upset, she hadn’t been able to speak to anyone. They talked and Ralph changed his plans so he could meet her the next day.

The following day, Ralph found Alia feeling very low. He explained that the next step would be to appeal against the decision, then called Shelter to arrange a visit from her support worker for the following week. Worried about her mental and physical health, he asked her to consider going to her GP. When he left, he told the Centre staff his concerns and told Alia that he would be available over the weekend if she needed him. (Later, Alia admitted to Ralph just how ill she’d felt that day, and that she had been considering self-harm, but that his friendly advice encouraged her to seek help.)

Since then, things have started to look up. Alia’s Shelter support worker and their legal team made the appeal against the social housing decision, and Ralph helped to arrange an Occupational Therapy assessment for her son as part of that appeal.

Ralph also found lots of activities for them to get out and meet people. Alia’s son likes animals, so he told them about the local nature centre and farms, which they have since enjoyed visiting. He referred them to their local Children’s Centre, and a support team helped them access free nursery care and activities. Alia’s GP surgery offered her a stress management course which she took up and really enjoyed. And, although Alia had originally refused Home-Start support, she changed her mind and began to receive support from volunteers providing temporary at-home respite.

Three months on, Ralph was overjoyed when Alia called to say the appeal had been successful. Now, they live in their own temporary accommodation. Alia’s making new friends and her son’s doing really well at nursery. They still have a long road ahead, but they’re happier and healthier – thanks to Ralph, Shelter, and her new support networks.

*Alia’s name has been changed