How have I helped you today?

We thought we’d have a bit of a change from our usual fortnightly blog post and rather than a story from one of our services focus on something a bit more pictorial, with photos and comments from people we’re currently working with.  Hearing what people think of us and what they’re achieving or the changes they’re making is really important.  It’s essential in terms of us making sure we’re providing what people need and getting the level of support right but at the same time the information is often encouraging and thought provoking.

To make gathering this type of information quick and easy our Outreach Staff all have the www.impactassessmentapp.com installed on their phones.  At the end of each appointment or visit they use the app to gather a few simple things; a comment in response to the question “How have I helped you today”, a satisfaction rating – done by using a sliding scale and if they’re willing a photo, a bit of audio or even video.  We think it’s really important to record the comment as it’s said, sometimes the Outreach Worker will pass the phone to the client so they can type in what they want to say themselves or if not it’s entered exactly as it is said so it remains in the client’s voice.

We thought we’d give you an insight by showing you just a little of who we’ve been working with and what we’ve been doing together over the past few weeks. 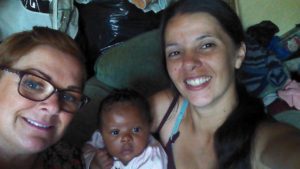 “I am happier than I have been in a long time.  I love my new flat and have been along to the Children’s Centre where there are lots of groups going on which I’m going to go to.”

“I now have smaller portions, more fruit, more veg and I exercise more.  All the talk about healthy options has been noted! “ 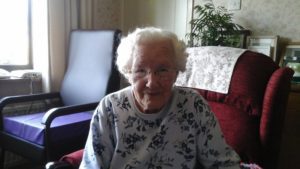 June, a recent referral into the Healthy Futures Service

“By telling me all the things that are available if I need them you’ve helped me realise there are still things available for me to do.” 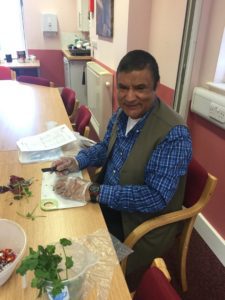 “I’ve gained knowledge about food but I’ve also made friends.” 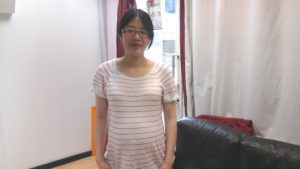 “We’ve talked about my birth plan and the things to expect when I deliver.  I feel I understand a bit more about labour now.” 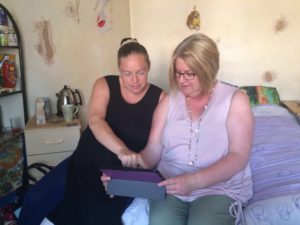 “We’ve looked at properties together and we’ve also filled in the Sure Start Grant form.” 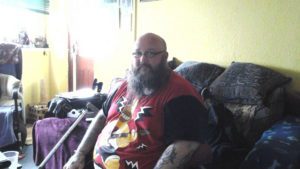 Paul who was referred to our Healthy Futures service by his GP.

“You’ve referred me to a couple of activities I can go to this week. I’m looking forward to going to them, it gets me out of the house, I’m sick of looking at the four walls.” 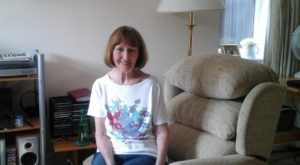 “You’ve helped me fill in the PIP application and given me a bit more confidence.”

From the information we’ve collected via the app we also know that over the past six months we have provided one to one support to 1424 people and as we gather some basic demographic information we know various things like age and work status.  We can see that we’re working with a wide range of people which is important.

In terms of work 439 were in either full time or part time employment and 648 were unemployed,  then 45 were in full time education and 292 were retired.

Satisfaction – we talked about this at the start and how at the end of each appointment or visit we ask people to rate their satisfaction or happiness by indicating where they feel they are on a sliding scale, which is out of 100.  70% is the average score, so that’s like 7 out of 10, but what we can see is that 57% is the average people are scoring at the start of their support but by the end it’s increased to 77%.  This shows that satisfaction increases significantly as time goes on, but then that stands to reason as when people start to see or feel the effect of what they’re doing then their belief and confidence grows in us and the changes we’re making together.