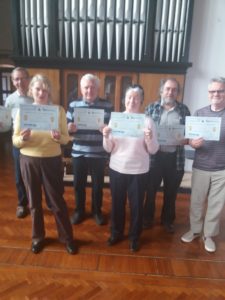 As we finish the last few Pre-Diabetes courses we’ve been running, results are starting to come in from the most recent participants. And – as with previous course attendees – we’re really proud of their results!

Since the pilot scheme in October 2015, which led to the programme being rolled out across the country, hundreds of people across Birmingham and Solihull have completed a Gateway Pre-Diabetes course.

So how does Gateway compare with national Pre-Diabetes programme delivery?

Really well, as it turns out!

Our conversion rate – that is, the number of people referred to us who actually started a course – is 68%. That’s nearly twice as high as the national average of 37.5%*.

Why? We think more people make a start with Gateway because we work closely with GPs, so they feel able to recommend us personally. Once someone is referred, as well as getting leaflets from their GP, they’ll also get a call from us to explain exactly what the course is about, and what’s in it for them.

Retention rate is one of the main measurements of success used by the National Diabetes Prevention Programme and, when the national programme was rolled out, the expected retention rate (from registration to completion) was 20%**. Ours is 78%. 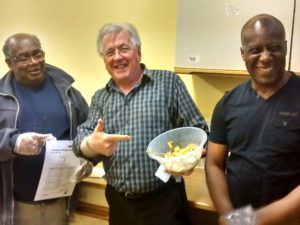 Why? Again, we think this is down to the personal touch. Attendees meet in person, in small groups led by an enthusiastic tutor, and the course has many interactive elements. Like all of Gateway’s services, our Pre-Diabetes course is client-led; we give people the facts and tools they need, take the time to find out more about their personal circumstances, and support them to find an approach that will work for them in the longer term.

The course has 13 sessions, but these are spread over seven months because research shows that a long term sustained approach is more likely to achieve behaviour change. 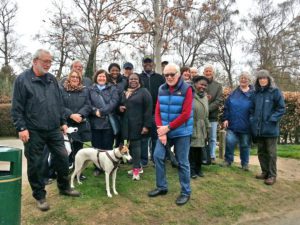 In 2016, people in the Kings Norton groups decided they’d like to get active by going for walks together, so that’s what they did! Thanks to Friends of Kings Norton Park for the photo.

Social interaction, too, is a big part of the Gateway model. We know that when people with similar conditions get together and start talking about their experiences, they receive extra benefits that they wouldn’t get from making changes on their own. They are happier to talk about things like weight loss and physical exercise without feeling judged, and they inspire each other.

We’ve seen people who meet on the course start their own walking groups, share healthy recipes and exercise tips, and start good habits that spread throughout whole families!

Another key indicator of success for a pre-diabetes programme is weight loss, and we found that 46% of our attendees had lost weight by the end of the course, with 45% of those who lost weight losing more than 5% of their total body weight.

Finally, the most obvious measurement is the HbA1c reduction. Of the readings we’ve had back to date, 76% have shown a reduction, and 64% of those who reduced are no longer at risk of diabetes.

The Gateway Pre-Diabetes course is a great example of the Gateway service model. We focus on where the need is, and use our knowledge and networks to recruit not just the right number of people, but the people who need us. We use a data-driven approach to explore ways of delivering the service and we use outcomes based on individuals’ needs which don’t just get us the results that commissioners want, but improve satisfaction and retention rates.

Saving money for the NHS

Pre-diabetes courses are essential to save money for the NHS over the coming years by preventing what is, in fact, a really costly condition.

The cost of our intervention is as little as £270 per head, and that’s a one-off cost.

Sure, this social model has a slightly higher cost than one based on remote consultations, thanks to things like room hire, but we think it’s worth it, because it clearly brings better results. It also brings added value in the form of qualitative savings like the extra confidence and ability to engage in more social and physical activity.

It’s a tried and tested method, and it works.

We’re pleased to announce that the Household Support Fund has now been launched and will be open for applications early in the New Year. The fund is aimed at helping people afford essentials such as helping towards utility bills, food and staying warm through the...

Stop smoking – start doing so much more this Stoptober

Stoptober is back! The mass quit event, now in its tenth year, is calling on smokers to join the 2.3 million others who have made a quit attempt with the campaign since its launch. If you make it to 28 days smoke free, you are five times more likely to quit for good....

Since Early Help Edgbaston started in May 2020, our team has directly supported 340 families to access services,...

END_OF_DOCUMENT_TOKEN_TO_BE_REPLACED

If you need food over the Christmas period see a list below of Birmingham, Solihull and Sandwell's foodbanks and their...

END_OF_DOCUMENT_TOKEN_TO_BE_REPLACED

Stopping smoking is one of the best things you'll ever do for your health. When you stop, you give your lungs the...