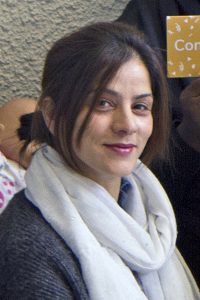 Jahanara has been with Gateway on and off for many years. Like many of our POWs, she originally joined as a Community Family support worker, but as a speaker of different Punjabi dialects, including Mirpuri, she’s also worked as a Gateway Interpreter.

As a POW, Jahanara works with a mix of women, but over the last couple of years has seen more and more women with mental health problems.

Recently she supported a client who has suffered severe depression and mental health issues after being raped. She had never told anyone about it – not even her husband – and it was only when she became pregnant with her husband that she finally started talking about what had happened.

Sometimes it will take a while for women to admit they need help. On one visit to a new client, the pregnant woman told Jahanara everything was fine – but Jahanara noticed that her other children were going barefoot and wearing ill-fitting clothes. So, on the next visit, she took along some items from Gateway’s baby bank, including children’s clothes, baby clothes, toiletries and nappies. “She couldn’t believe it,” says Jahanara. “She said, ‘I only get £90 a week and it goes so quickly. You can’t believe how much you’ve helped me.’ It gave me peace in my heart.”

Often, women will have a number of support workers, but don’t feel like anyone is there to support them, themselves. “Sometimes women just need someone to make them smile, or to pop to the shops with them,” says Jahanara, “and provide a bit of moral support in everyday life. Most support workers are there for the child, but we are there for mum, giving her someone to rely on and a number to call in times of need.”