Although the summer holidays are traditionally a quieter time for many of our services, the Pregnancy Outreach Workers Service is busy all year round. Each of our full time POWs has more than 20 cases at any one time and we’re currently working with 248 women.

Unsurprisingly, since we changed our intake to cover the whole city, working with the most complex cases, we are hearing more and more stories of hardship. Here’s the story of just one of the women we’re supporting at the moment, as told by her POW Sylvia. 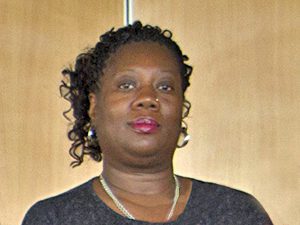 Rosa and her husband had an arranged marriage in Rosa’s home country. After the marriage, Rosa’s husband flew back to the UK without her, but her family managed to raise the money to send her to the UK. She moved in with her husband but she says he was mentally and physically abusive towards her from the day she moved in.

Last year Rosa became pregnant, but her husband didn’t want her to have the baby. He took her to a clinic, but she didn’t realise he had booked an abortion until the doctor asked “are you sure you want to do this?”. She refused the abortion, but her husband tried this approach three times, taking her to clinics and using physical violence against her to try and persuade her to terminate the pregnancy. On the third visit she was told that her pregnancy had advanced too far for them to go ahead with an abortion anyway, so she was able to keep her child.

Rosa has family in Birmingham so, at four months pregnant, she fled her husband and moved into her cousin’s tiny flat. Her midwife had referred her to the POW service and so I went along to meet her at the flat.

I would describe Rosa as a nervous wreck at that first meeting. Her husband was continuing to phone and text her, making at least 500 contacts a day, so she was very stressed, but she opened up to me and we talked through her options. Her statement on the Impact Assessment App after that first meeting said:

He told me that if I wanted to stay with him I would have to do what he says. I am scared for me and my baby, I have no money and all my clothes are in the house.

My first concern was that she should report the abuse and get some protection for herself. She didn’t know where the nearest police station was – she hadn’t even understood that the police would be able to help her – but over the next couple of visits I encouraged her to make a police statement. She was nervous about what would happen, so I talked it through with her and explained what it might involve. It took a couple of weeks but she eventually went. The police took her very seriously and they began working towards getting an injunction.

He is still phoning the house and we are not answering but I know it’s him.

As a new arrival under a spousal visa Rosa had no recourse to public funds, and most of her belongings were still at her husband’s house. Her husband has a well paid, full time job, but he wasn’t giving any money to Rosa; she literally had only the clothes she stood in. With help from Women’s Aid we got a lawyer involved so that she could sort out her immigration status and become eligible for benefits.

I feel very happy now that I know things are happening for me. Thank you, you are so good to me.

Once things were starting to become slightly easier for Rosa I wanted to help her find somewhere to live; although her cousin’s tiny attic flat had been OK for her temporarily, it wouldn’t have been appropriate once baby came along. I phoned around local hostels, and got her a place at a mother and baby unit. I helped her to register for council accommodation and she began bidding for properties.

I have moved to the hostel. It is alright I have made some friends.

Two months after our first meeting Rosa asked me to go to court to support her with the injunction against her husband. We went together and he was given a restraining order. 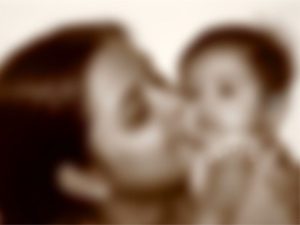 After a long time without any money, Rosa eventually started to get income support so, two weeks before the birth, she was finally able to start buying clothes and equipment for her baby.

She was still living between hostels and her cousin’s flat when she gave birth to her baby, but a few weeks later she was housed in a more suitable long term property.

POWS support finishes at eight weeks after birth, so my time with Rosa is nearly up.

Her most recent statement said:

I am feeling a bit stressed right now with a new baby and a house, it is a lot. Just need help getting some furniture. I also want help getting child benefit, you told me that I need a form so I ask you to get me one. I also would like to get my child tax credit, you said you will help me thank you.

Rosa is still being supported by the police, who are going to escort her to retrieve her things from her husband’s house. Her solicitor is helping her to apply to stay in the country indefinitely and will be helping her to apply for rights on behalf of her child, who is not technically a British Citizen.

The solicitor is also helping Rosa to gather evidence about the domestic violence that she’s been subjected to, and she will have to go back to court over the next few months. Her husband continues to contact her and is applying for custody of the baby.